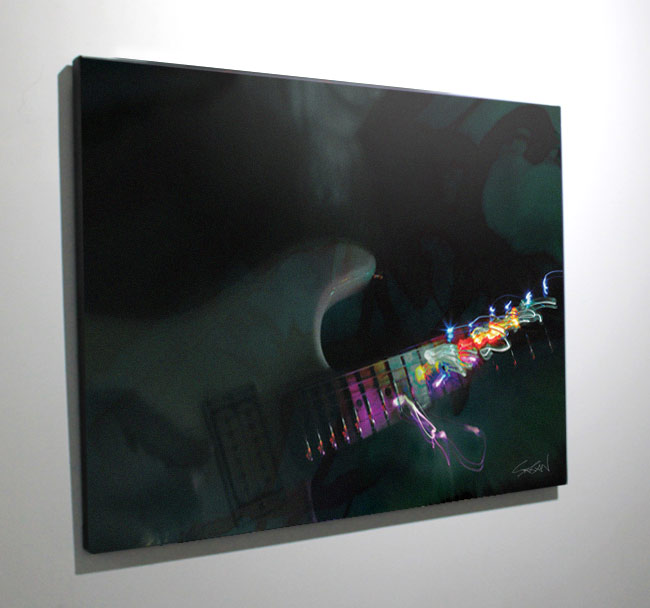 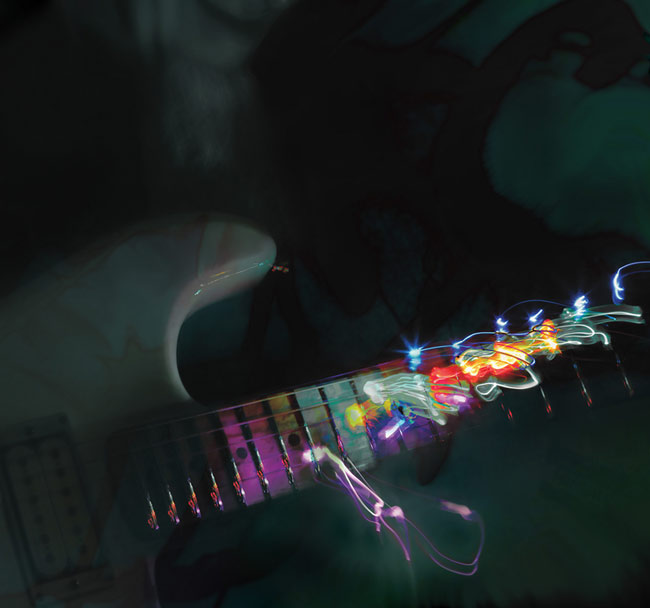 The End of Expectation
by Scott Ian, 2018

The End of Expectation is a welcoming piece that boasts a color palette of purple, red, yellow and blue. Viewers will note that the captured guitar performance that resulted in the image begins with Ian at the second position of the fretboard and chronicles the finger movement as he works his way up the neck.

Measuring 40"x 30" on canvas, there are a total of 10 canvases in the edition. Each is numbered and individually signed by Scott Ian and SceneFour. All pieces ship with Certificates of Authenticity.

The End of
Expectation

The Right Hand
of Doom

Hall of the
Mountain King
Close


Scott Ian is one of the most recognizable faces in heavy metal. As guitarist for Anthrax and Stormtroopers of Death, Ian has sold millions of records, toured the globe, and influenced countless guitarists through his music. The impact of Anthrax's music can not be overstated, as they have cemented their place in rock history as one of the founding bands behind the thrash metal genre. Also notable is Ian's extraordinary career in front of the camera, as host and talent on a variety of television shows over the last two decades.

With One Inch Punch, Scott Ian is embarking on a career first, the creation and release of a fine art collection. Each of the 12 pieces in the collection are available in highly limited editions. All of the works are numbered and individually signed by Scott Ian and art team SceneFour.


Scott Ian crafted the visuals seen in One Inch Punch with art team SceneFour. The creation took place in Los Angeles in 2018. A new approach to building visuals, Ian utilized a customized glove that lights upon fingers hitting the fretboard of the guitar. Hence, his guitar performance dictated the visuals seen within each of the canvases featured in the collection.

Ian is one of the first guitarists to craft a collection of artwork this way, and he is the first rhythm guitarist to execute a full collection using this medium. For questions regarding the creation process, we encourage you to write to webmaster@scenefour.com.